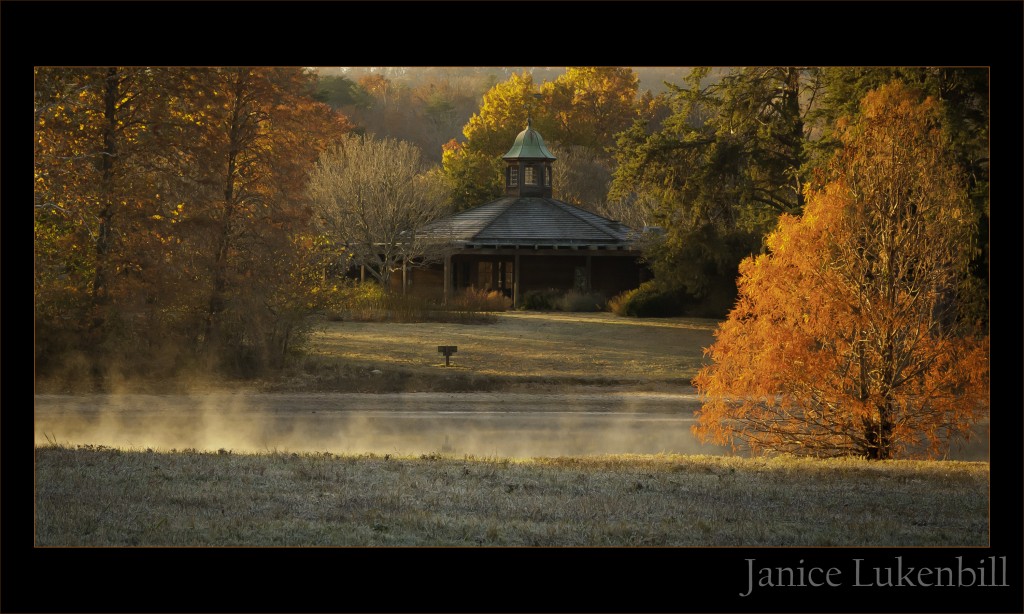 A few weeks ago, this photo was entered in a digital print competition with the PhotoPro Network.  It earned a rating of 79 – Above Average, just 1 point out of Merit rating.

The judge who gave a verbal critique stated that he gave it a score of 76.  He loved the mist on the water and liked the horizontal lines.  Yet, he felt it was an “uninteresting scene” because the building gets lost in the background.  Further comments were that it was “pretty, but mundane”.

I’m very happy with my score of 79, becaue it is an average of the scores from 3 judges.  Since one of the judges admitted to giving it a 76, that means that at least one (and probably both) of the other judges felt it was in the Merit category.  I have another photo, taken just moments before this one, that has another element of interest.  I’m not going to share that photo just yet, because I think it will become my entry for the February competition.

Welcome to my corner